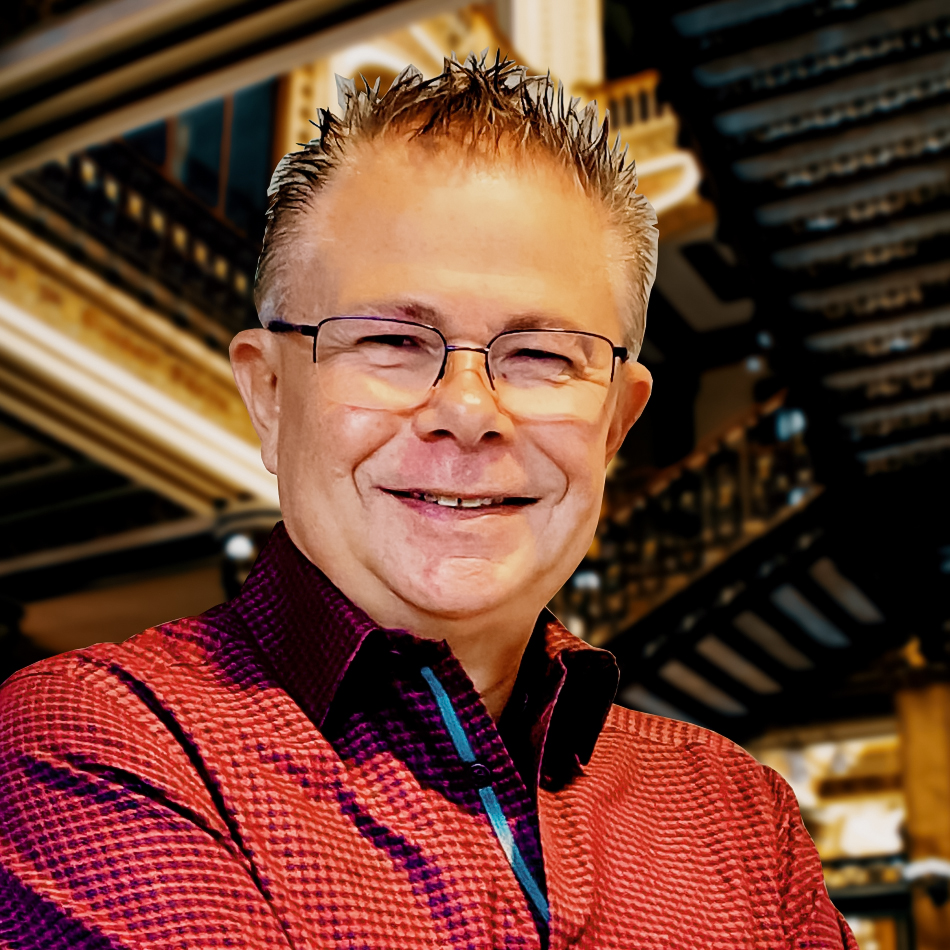 Ray Flynn is the President of Ray Flynn Ministries and Founder, President and the Chairman of the Board Directors for Abraham Productions, Inc. Ray Flynn Ministries was founded in 1992 and Abraham Productions, Inc. was formed in 1998 with both entities having the goal of providing Christian music events that encourage the body of Christ through uplifting music and soul-stirring messages and offering attendees the opportunity to hear the simple gospel; and, ultimately, for those who may not know Christ – an opportunity to develop a life-changing relationship! Currently, Abraham Productions does some of the largest multi-day concert events in America like Singing In The Sun in Myrtle Beach, SC; 40 Days And Nights Of Gospel Music at the Ark Encounter in Williamstown, KY; the Crystal Caribbean Cruise Gospel Music Cruise and Ray Flynn Ministries produces numerous single-night concert events.

In 1989, Ray Flynn was affected by a significant downsizing at his then employer. Unaware, that God was preparing his heart for a ministry of Gospel concert promotion. During that time Flynn never knew that there was another type of Christian music other than the hymns that were sang at church.

After discovering a great Christian radio station, he was very excited to find out that one of the groups that he really enjoyed had been scheduled to do a concert at his church on an upcoming Sunday evening. This was his first experience seeing a Christian Music group “live.”

During the concert, the awesome presence of God was there and each song touched Flynn and many others in the crowd. Not only the songs, but the great testimonies that the members of that group gave between the songs made seeing this music “live” even that much more powerful. As the evening began to come to a close, the group gave an invitation and many people came to Christ and Flynn left feeling overwhelmed by the whole event. At that very moment, he felt that God was calling him to a ministry that could take this powerful music, place it in a public concert atmosphere without denominational tags and give people an opportunity to hear the basic Gospel and invite them to receive Jesus Christ as Savior. Really let them experience just what he had witnessed the first time he saw a concert like this at a church.

Ray Flynn knew nothing about promoting, but on August 28, 1992, he stepped out in faith to promote his first Christian Music concert at Reynolds Auditorium in Winston-Salem, NC, trusting the Lord that He would just supply his needs and that he would see people come to Christ. That night as the concert started, Flynn’s eyes filled with tears as he watched God fill the 2000 seat auditorium to near capacity. The concert was incredible and God was moving so mightily, and then came the real test – a brief message and invitation was presented – and several people came to Christ. Ray Flynn’s ministry was birthed and he knew at that instant he was on track with what God had called him to do. Now, more than 25 years later, he has been blessed to see God provide many more opportunities to minister to the masses and see growth to his concert events that have literally exploded in attendance.